You may or may not have seen the news yet, but Tokyo has just been announced to host the 2020 Olympics. It’ll be back to Asia for the first time since the 2008 Olympics in Beijing. I think I know where I want to go in 2020!

My boyfriend and I really want to go to Japan at some point, but the problem is when. We don’t have enough money at the moment and I really want to go back to Hong Kong first. I loved the London Olympics. I went to one of the Equestrian events and also a Paralympic event which were both amazing, and I want to go to another Olympics in a different country one day…so maybe waiting 7 years for this would be a good idea? It might be VERY busy though.

Together with my boyfriend, we have complied a list of things we would like to see in Japan. I don’t know too much about Japan so these are just a few things we found while searching the internet:

Square Enix Showcase, cafe and shop
I am a big fan of the Final Fantasy series, so this would be a really cool place to check out. My boyfriend wouldn’t be too interested, but he’ll have to put up with it. 😉

Pokemon Center
It’s a shop full of Pokemon. If that had existed in the UK when I was 10 years old I would have been the happiest child in the world. As my boyfriend said, as a Pokemon fan, not going to a Pokemon Center would be foolish.

Hot Springs
Onsen. This sounds really cool, though I won’t be wanting to go if I have to go in a girls only hot spring or i’m not allowed to wear a swimming costume…It would be a once in a lifetime kind of thing.

Cherry Blossom Trees
I think these blossom the best in the spring so if we went for the Olympics it would be at the wrong time, but really Japan without seeing cherry blossom is just wrong!

Yakushima
Beautiful National Park, but probably too far away.

Mount Fuji
My boyfriend suggested this, but it’s something I would love to see too, especially after studying Hokusai at school and seeing it in his famous series of woodblock prints.

Himeji Castle
When my boyfriend mentioned this, I was expecting a typical castle like you see in the UK, but this looks very impressive and very Japanese! Apparently it’s one of the largest and oldest castles in Japan.

Tokyo Disneyland and DisneySea
What can I say, I love Disney!

Akihabara
My boyfriend has a program on his computer with lots of CCTV camera films from around the world. The one for Japan shows Akihabra which apparently has lots of great shops!

Rainbow Bridge
When my boyfriend mentioned Rainbow Bridge, I was thinking of the depressing poem about where animals go when they die, but actually it looks very pretty. 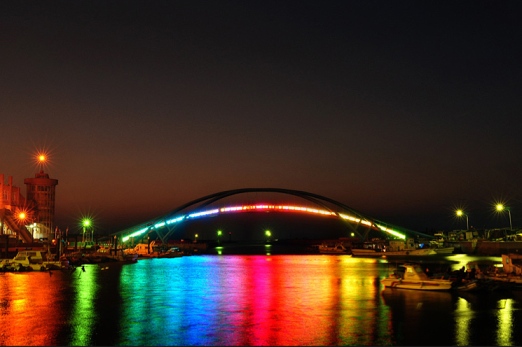 Kiyomizu-dera
A temple in Kyoto on a hill, with impressive views. 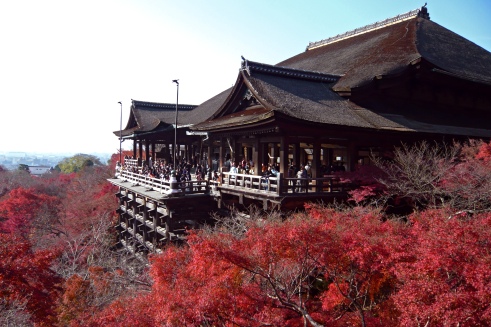 The Imperial Palace and Edo Castle
I don’t know much about this, except that the Emperor lives here! 😉

Tokyo Tower
It looks a lot like a more colourful version of the Eiffel Tower. 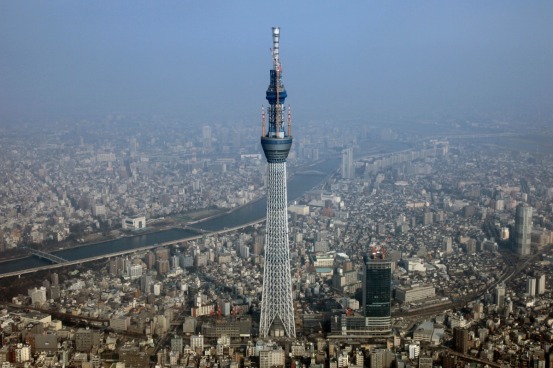 Hiroshima
Probably far too hard to get too from Tokyo, but my boyfriend would like to see this. It’s a huge part of history so I’m sure it would be an amazing thing to visit.

Does anyone else have more suggestions of places to visit in Japan? I’ve got 7 years to plan this trip, I might as well start now 😉